According to WABetaInfo, the most popular requests from users will be incorporated in future WhatsApp upgrades. They include a variety of new options, including stealth mode, which will be available in future updates.

According to insider website WABetaInfo, there have been five big changes noted by beta testers in the last week, including the capability to hide their online status from all contacts. This ‘stealth mode’ will allegedly be among the most requested features for WhatsApp users.

Users’ last activity status may now be set to match the ‘seen’ status. In future updates, users will be able to set their notifications to match the last seen setting. WABetaInfo said, ‘There are various reasons why people want to use WhatsApp in stealth mode, for example, to avoid being disturbed. Some people feel stalked by someone, so they want to use WhatsApp without getting distracted.’ Other upcoming features include:

Extending time-limit for deleting messages for all (Android)

WhatsApp is currently rolling out a feature to beta testers on Android devices (v2.22.15.8) that will enable them to extend the time available for them to delete messages for all participants in a chat.

Currently, the time to delete messages for all is set to just over an hour. The new setting will extend this to 60 hours.

The ability to edit messages is currently under development, after being announced and subsequently abandoned some five years ago.

There is currently no way to alter the content of messages sent on WhatsApp, but a future update will presumably allow users to make changes. The full scope and flexibility of these changes – if there are time limits, etc – are not yet known but the feature is marked as under development.

Previous features that have been announced for WhatsApp include:

Meta recently revealed new privacy-related changes to WhatsApp. In addition to the new group call features announced by Meta last week, these changes will include muting and messaging specific individuals on group calls, even if you weren’t the one who initiated the call. When more individuals join a big call, the new feature will display a new indicator, according to Cathcart. Users can select anyone they want to mute or message on a group call, and these features have just been released on Android and iOS versions of the app. The new privacy and group call features will be released to users over the next few months. 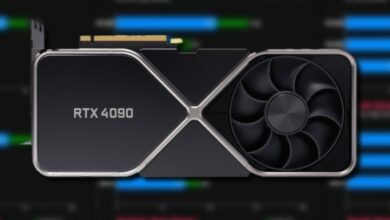